Can You Teach an Old Dog New Tricks? 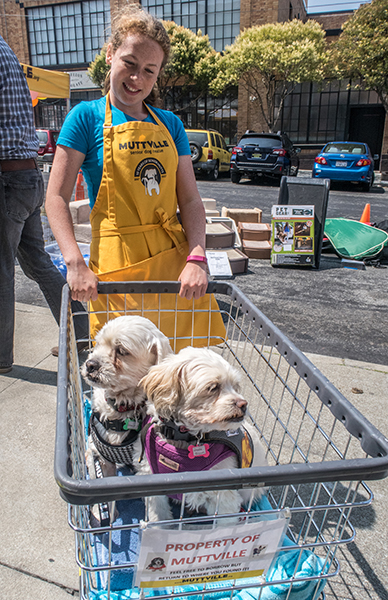 A few weeks ago I wrote about my visit to Muttville, where senior dogs were getting a 2nd chance. To be accepted into the Muttville shelter the “dog” has to be at least 7 years young. That means that those dogs learned all of their tricks and behavior from their previous owners. The question crossed my mind – “How do new owners teach those old dogs new tricks? Is there a time when dogs stop learning? 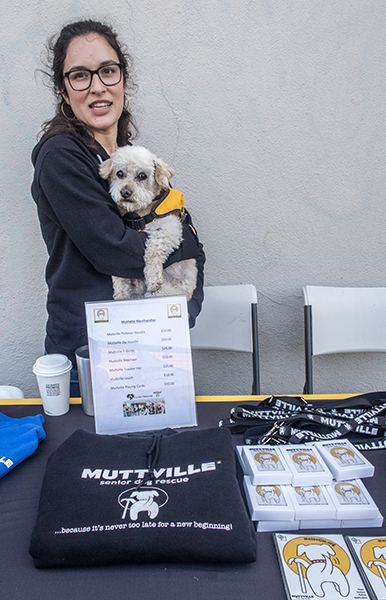 I read a story years ago about the Dogs of the Berlin Wall. After the wall was destroyed on November 9th, 1989, there was question of what to do with the thousands of German Shepherds and other large dogs, who were trained to attack people who tried to cross the Wall. About 1500 were retrained to become guard dogs in private residences. Two dogs were adopted by a family in Mallorca and lived their remaining lives in a happy environment. I did some research by check out some books on Amazon. There I found a book titled How to Teach a New Dog Old Tricks by Ian Dunbar”. A well-known dog obedience teacher and veterinarian Dr Dunbar who works and lives in Berkeley, CA wrote the book. (I used his quotes in my book, 42 Encounters with Dog Lovers) Then I also found another book How to teach Your Old Dog New Tricks by Ted Baer. Both books were written in the nineties; however I do not think much has changed since then. 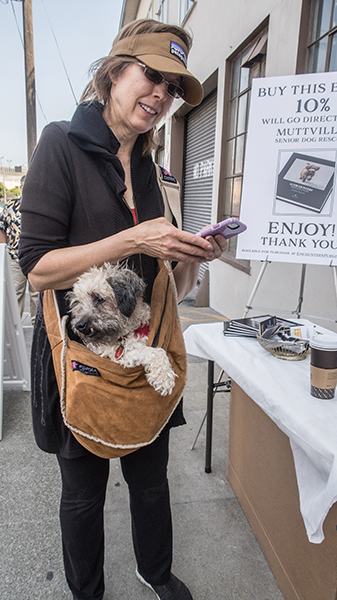 Nevertheless I found one book that was written in 2015 titled, Learn Agile Software Development: How to Teach an Old Dog New Tricks by Lon Pedron. I also found a number of Youtube videos on the subject. Dogtime.com states, “It is never too late to teach an old dog new tricks! If you adopt an adult or even senior dog, you may be amazed at their ability to concentrate and learn new things. Adult dogs are often even easier to train than pups, simply because they have the ability to focus for a larger period of time.” This is very good news for so many dog lovers, as long as they are interested in teaching their older dogs. One of the ways to do it is to attend classes at the an obedience school, such as the one we took Max on Sundays; taught by a very experienced dog trainer Bob Gutierrez (he can be reached at 415-648-3647) and takes place at the Ace Dog Sports facilities at 677 Toland Place, San Francisco (not far from Cesar Chavez Street). They offers different levels of agility, training six classes for each level. Max is currently at level three and I consistently train him in between classes as well. 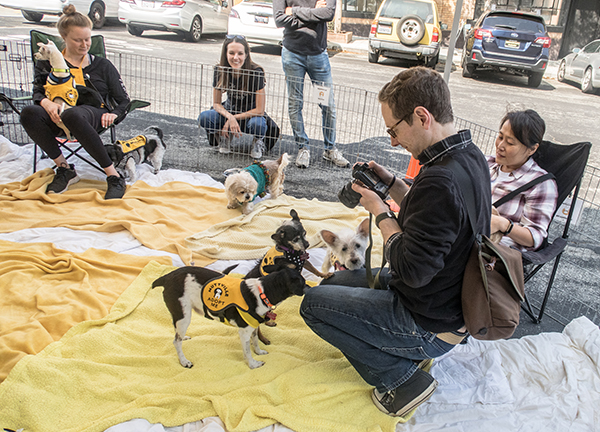 P.S. The four images are encounters during on my last visit to Muttville. After you buy 42 Encounters with Dog Lovers at www.encounterspublishing.com or amazon.com, you could visit this site www.mannykagan.com and choose the Dog Charity where I will contribute 10% from your purchase on your behalf.