Where Do Norwegians Come From? 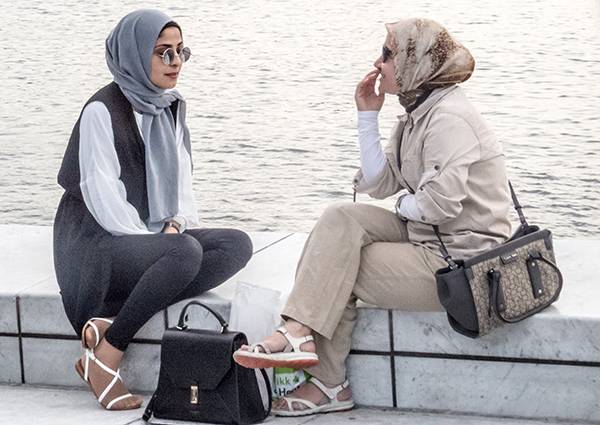 My trips to other countries are not only about visits to tourist attraction sites, but they are also about exploring the country and understanding its people and history. Visiting Oslo, the capital of Norway, was the last leg of our Scandinavian journey. The history of the city goes back to 1040. For almost one thousand years, Oslo was part of Denmark, and was called Christiania (or Kristiania). Then, it was a part of Sweden until 1905. Today, thanks partially to the oil riches, Oslo was ranked number one in quality of life among European large cities. It has a population of about 660,000 and according to some surveys; it is the second most expensive city in the world for living expenses after Tokyo. At the same time, in 2015 the EU report found that Oslo is a city that for many years has topped the heroin overdose ranking. Online I learned that statistically, Norway’s immigrant population makes up to 16.8% of the country’s total population and is growing faster than native Norwegians. The five largest immigrant groups in Norway are Polish, Lithuanian, Swedish, Somali and Pakistani. The rest are Iraqi, Sri Lankan, Moroccan and others. An American friend of mine who currently lives and works in Norway and whose skin is dark in color (his mother was from the Maasai tribe in Kenya), told me that Norwegians are polite but can be xenophobic. Having researched the origin of Norwegians, it turns out that like most of the Scandinavians, they are descendants of the Northern European people called Vikings, who were pirates. During the 8th and 11th centuries these Norse seafarers raided and traded from what is now Scandinavia, and established states and settlements in England, Scotland, Iceland, Wales, the Foral Islands, Finland, Iceland, Russia, Greenland, France, Belgium, Ukraine, Estonia, Latvia, Germany, Poland, Southern Italy and even Canada. 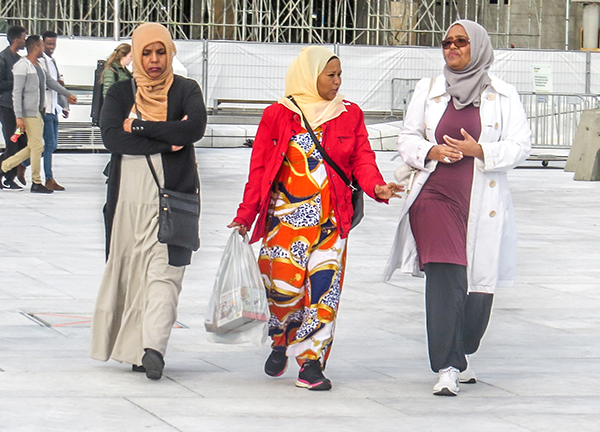 I suspect that a genetic test will show that we are all cousins and are somehow related to each other. We do not speak the Norse language, but today regardless of where we came from, many speak in English, which was a West German language that was first spoken in early medieval England and is now a global lingua franca. 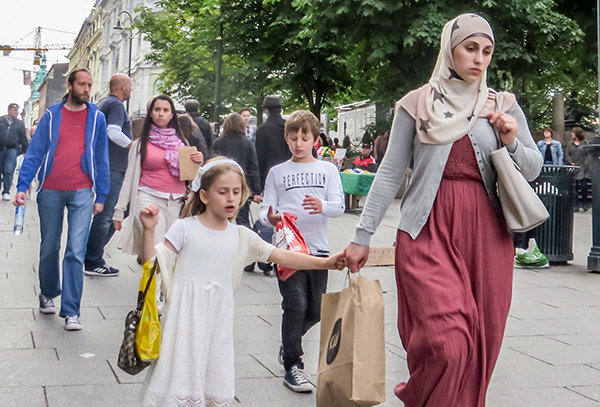 Throughout human history, people were constantly on the move. Settling in new lands, intermarrying with the local population, improving the genetic pool and creating new customs and beliefs. 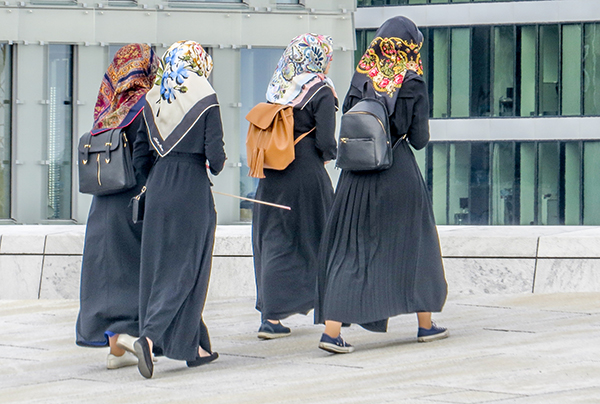 P.S. One of the latest concerns in many European countries is the growth of the number of refugees from Muslim countries.

I believe that what today is perceived as an Islamic threat, will end after a few generations, and definitely after one thousand years; meanwhile, here are four images showing Muslim women I encountered in Oslo with head covering of different styles and colors.