What It Takes
To Be A Great Artist 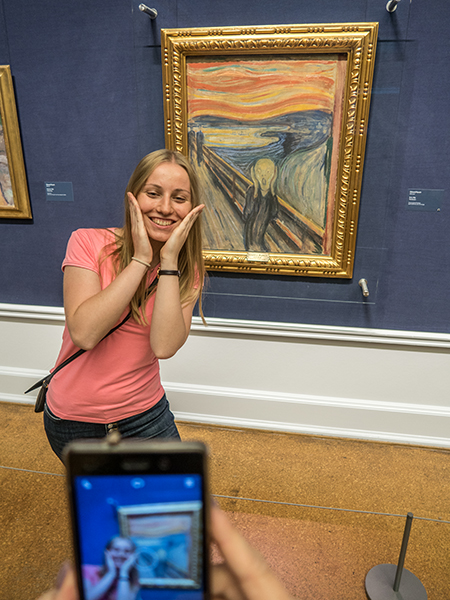 Shortly before leaving on our anniversary trip to Norway, we visited the San Francisco Museum of Modern Art (SFMOMA) to view the global debut of the “Edvard Munch: Between the Clock and the Bed” exhibition. I was not familiar with the works of the great Norwegian artist, except for his famous painting called Scream, an image that I find quite disturbing. At the exhibit, we saw about forty-five images on display, including many self-portraits that represented a dark period of his life and they did indeed look quite gloomy. 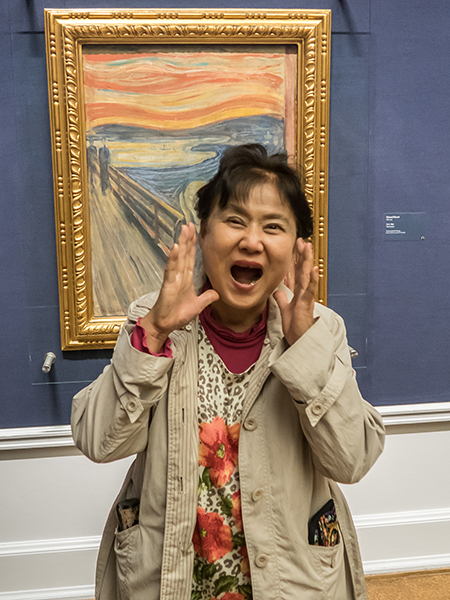 Since we were on the cusp of our trip to Norway, we were looking forward to seeing his work here. The final destination of our cruise through the Norwegian Fjords was to the second largest city in Norway – Bergen (I wrote about it a few weeks ago). There, we visited one of the art museums, and discovered a completely different Edvard Munch. Our new appreciation of this great artist’s work continued in Oslo, after visiting the museum dedicated to his work. He was born in 1863 and during the 81 years of his life, he created 1750 paintings, 18000 prints, 4500 watercolors, sculptures, graphic art, theater and film design. He himself equated his work with the greats like Van Gogh, Gauguin and Picasso. His art reflected his personal life experiences through love, death, sickness, psychological turmoil (he suffered from paranoia) and mortality. Though his career spanned 60 years, his best work was created after he was fifty years old. In the museum in Oslo, a large room contains many paintings that look like un-finished work. One of the commentators pointed out that it looks like Munch wanted the viewer to complete them in their own imagination. 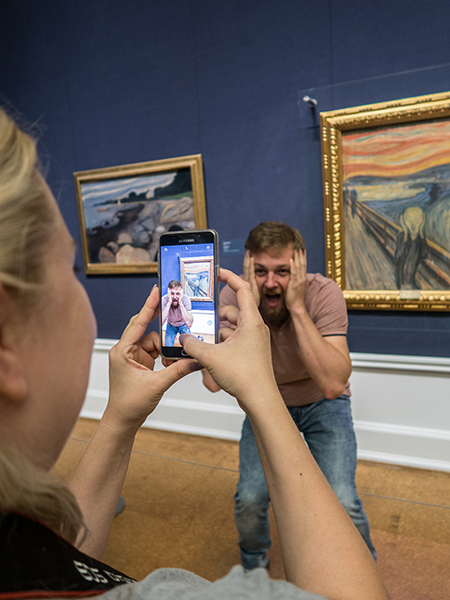 On the wall there were also four quotes from Karl Ove Knausgård, a Norwegian author, known for six autobiographical novels. “Art is just as much about searching as it is about creating. But if that is so, searching for what? For ways of entering reality, of entering into the world.” And another one, “The art of painting is to perceive, and then to make the distance between what is perceived and what is painted as small as possible. Munch’s great talent lay in his ability to paint not only what the gaze perceived, but also what lay behind that gaze”. 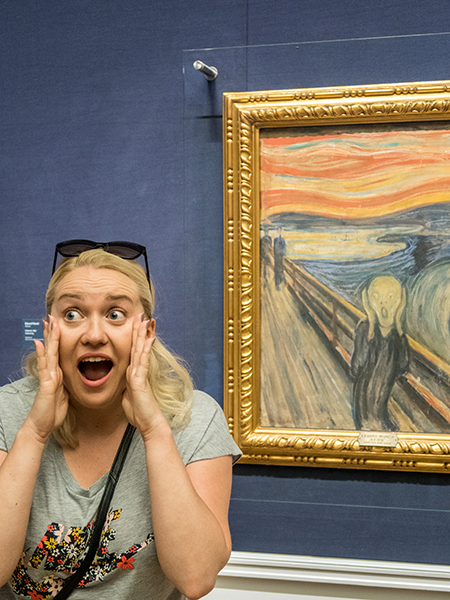 In my perception, to be a great artist one needs to have talent, to work hard, not to compromise, to constantly explore, to learn from others, and to share their work with the world.

P.S. In the Oslo National Gallery, I was finally able to see the “Scream” painting. Though the image of the screaming person was reproduced in different forms, and is mimicked by the visitors, as you can see in these four images, besides anguish, I saw a painting of a beautiful sunset, which is eternal.