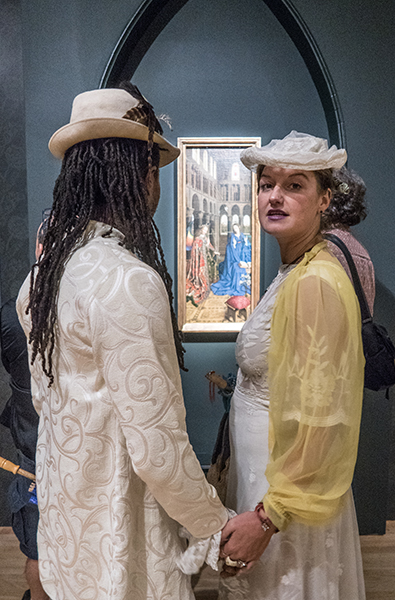 We recently visited a very interesting exhibition at the Legion of Honor at the Fine Arts Museum called “Truth and Beauty.  The Pre-Raphaelites and the Old Masters”.  After we parked the car, I noticed a woman dressed in a 19thcentury dress.  As we walked toward the museum, I saw more and more people dressed up.  Before we entered the museum, a group of four young women were posing for each other and taking selfies with their mobile phones.  When I pulled out my photo-camera to join them, one of them said that she doesn’t want to be photographed, while another asked me what I am planning to do with her image.  And then she told me that before photographing her, I should ask for permission. I tried to tell her that as a “street photographer” I can photograph anyone.  To this she retorted that instead of arguing with me, I better get lost. In spite of being rude, she had a point. What right do I have to photograph others without their will and permission, and what am I going to do with thousands of images of these strangers on my computer?  For me, the answer could be relatively simple – to use them in my “Encounters” with the hope that you might be interested in seeing them. In addition, when I have enough good images to choose 42, I can create one of my next photo-books.  And besides, there were so many other dressed-up people inside the museum who did not mind to be photographed and even posed for me. 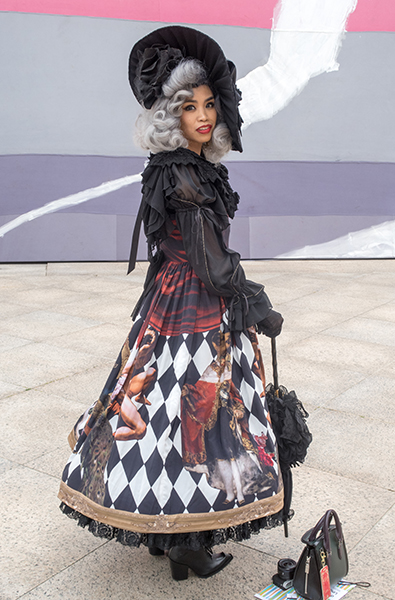 The exhibit was actually of the art of a group of talented young artists, who decided not to follow the prescribed tradition of time.  On the museum’s website I found that in 1848, seven young Englishmen formed an artistic alliance inspiring a rebellion against the contemporary Victorian art world.  They called themselves The Pre-Raphaelite Brotherhood – PRB.  The exhibit shows the juxtaposition of their remarkable work, mostly in bright highly saturated colors, with the works of the Italian, Dutch and German old masters, and shows how during the coming years their work evolved and was influenced by the Renaissance painters such as Botticelli, Raphael, Titian and Veronese, going back to works of Jan van Eyck (ca 1399-1441) .  If you are not familiar with those artistic works, it is another good reason to visit the museum.  The exhibit ends on September 30, 2018.  If you prefer modern art (in connection with traditional art) there is also exhibit of Julian Schnabel’s huge paintings and sculptures, which require a lot of imagination and perhaps reflection, especially after seeing the works of the “old artists”. 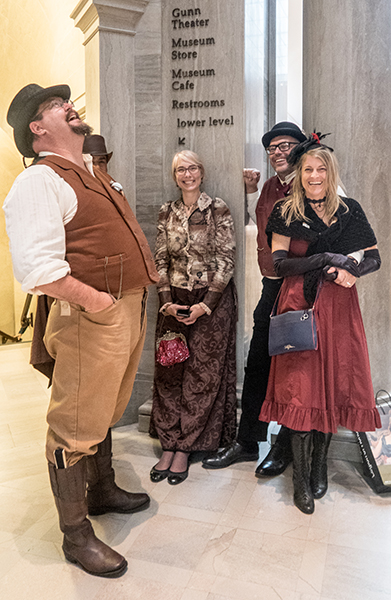 As far as I am concerned, I got my share of creative opportunities. I was inspired by the bright colors of the PRB’s and want to replicate that in my photography.  Before leaving the museum, among some of the dressed-up people, I met a group who responded by laughing at one of my jokes.  As a result, I have one more image with people laughing.  One of my future books is going to be “42 Encounters with Laughter.”  Be patient, it might take awhile to catch 42 laughing people.  Meanwhile, one of the life lessons (good for photographers as well) – do not be discouraged if you stumble at first in your journey – keep going.  After all, as the old adage goes, “He who laughs last, laughs longest”. 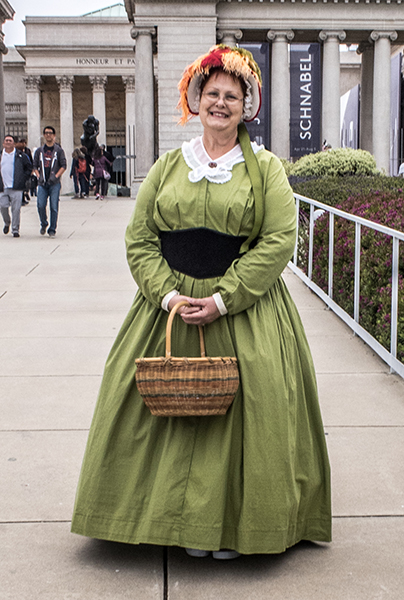 P.S. Seeing and photographing dressed-up people was a bonus. It turned out to be the “Victorian Visions 19thCentury Costume Day”.  As my wife said, “It was your lucky day”, as these three images can attest.  Meanwhile my photo-story book “42 Encounters with Dog Lovers” will be available next week. Hooray!  I just received the first box, and the rest will follow next week. Will keep you posted.

Do Not Keep Me As A Secret!
Smile and Please Share It
With a Friend!