What Does Wayne Gretzky Have In Common With Steph Curry? 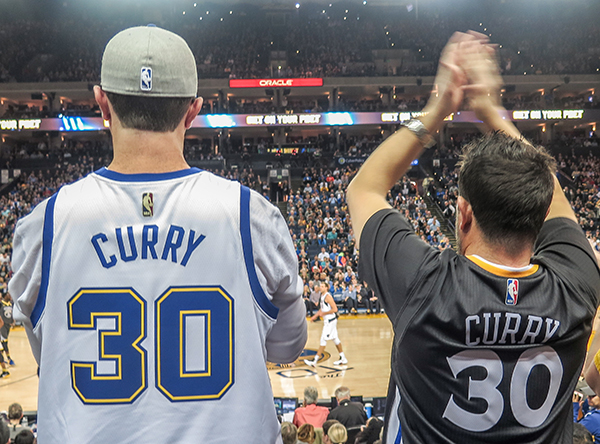 After I finished working on my story about the basketball game last week, I realized that I still had some images left of the spectators watching the game, that I thought you might be interested in seeing. I decided to check the Sporting Green section in the February 10th edition of the San Francisco Chronicle for story ideas and to read about the game I attended on Thursday night. Instead I found an article titled “Gretzky’s been on road Curry’s Taking” written by Scott Ostler. The article points out that “the king of ice hockey”, Gretzky, “was always the slowest and weakest player on his team”. The article compares the two great athletes. “Gretzky broke in as a 6-foot, 160-pound shrimp; Curry as a 6-2, 170-pound string bean. The big, mean guys would’ve killed ’em if they could’ve caught ’em.” Gretzky has been to a couple of Warriors games and he acknowledged, “Listen, I don’t know a lot about basketball, but I know one thing – he is fun to watch. I’ve had an opportunity to watch him warm up, and the stuff he does in warm-ups is sensational”. 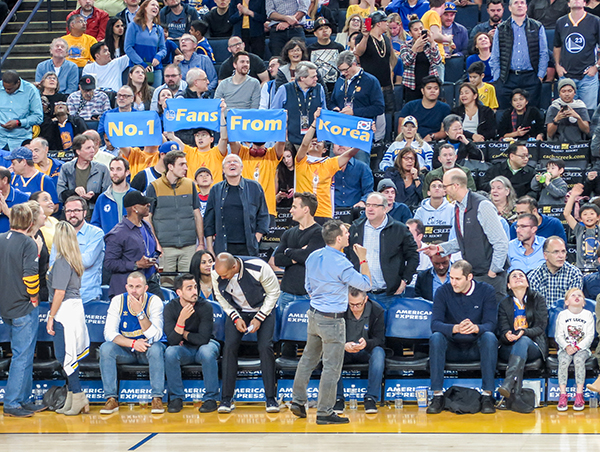 As I pointed out last week, Curry is the highest paid player on the team, but during the game he looked like a midget next to the 6.9-7 ft tall guys. But how does one find high performing players? “We always look for the perfect athlete”, Gretzky said. “How big he is or how fast he is or how strong he is. But we can never measure the mentality of an athlete. You can test and say, ‘How does this guy play under pressure? How will he do when his back’s against the wall?’ Either you have that or you don’t.” Perhaps it was a coincidence (in which I do not believe in) on the same date in the Bay Area Section of San Francisco Chronicle there was another article written by Peter Hartlaub titled, “S.F. Warriors get off to low-key start – in Daly City”. It turned out the event, which attracted about twenty thousand fans to a game between the Warriors and Mavericks on Thursday had a humble start on October 23, 1962. “The first San Francisco Warriors game was at the Cow Palace in Daly City on Oct. 23, 1962, was pushed back to 9 p.m. in hopes that in the boxing match there would be an early knockout at the Gene Fullmer vs. Dick Tiger fight at Candlestick Park – and fans would trickle over to watch basketball.” 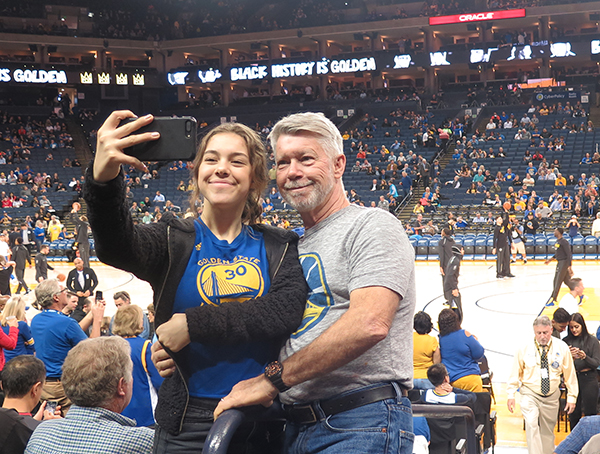 The article continued, “The Warriors struggled financially in San Francisco, and moved to Oakland in the early 1970s… When they return to San Francisco in 2019, it will be a very different scene. They’re a top Bay Area entertainment draw, and the future is no longer in doubt”.

As I pointed out last week, I believe that any sport game is a part of the entertainment business enterprise, which requires good management, excellent employees/players, and of course consumers/sport fans. And it helps from time to time to win the game. 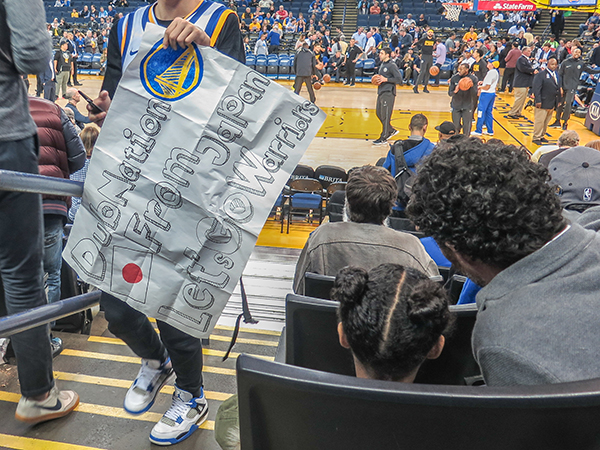 P.S. It was fun for me to photograph four Warriors’ fans, some of whom even travelled from Japan and Korea, others came to have good time with their children and wearing Steven Curry fan t-shirts, a player, who scored 20 points to justify his value to the team which won the game.