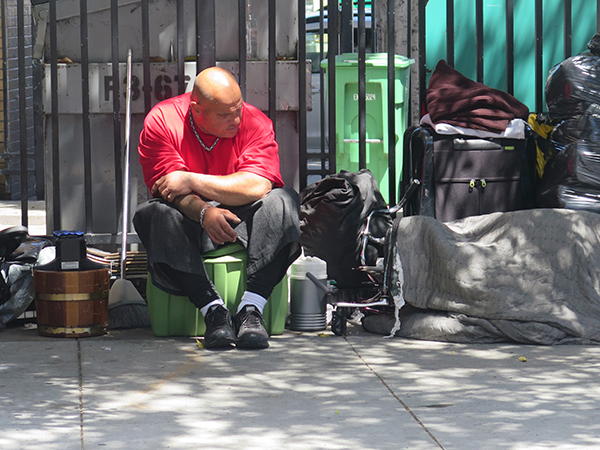 I decided to write this story after noticing a headline in the Insight section of the San Francisco Chronicle on Sunday, January 7, 2018 – “Historic Tenderloin is at Crossroads. New developments will challenge neighborhood to retain community and services.” 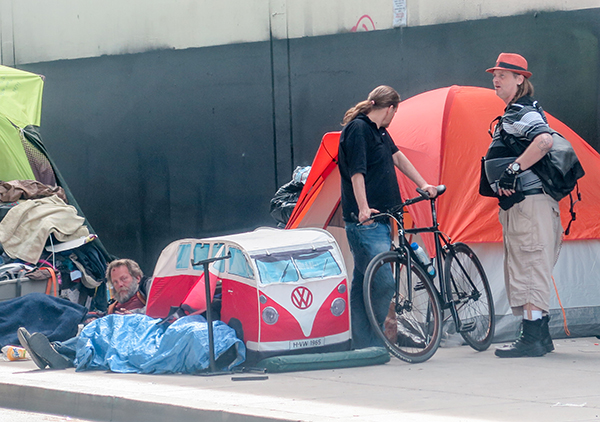 Before arriving in San Francisco on August 5th, 1980, we needed to find an inexpensive hotel, so we called my wife’s friend, who had only recently moved to San Francisco, herself.  So she did. Our first stop in San Francisco was a hotel located on Leavenworth and Ellis Street. At night my wife, as a result of jet lag, could not sleep and would look out the window at the lightly clad women accompanied by men, who walked in and out of our hotel.  On the corner, stood a man who seemed to control the traffic (later on I learned about the job description of a pimp).  The next morning, holding our daughters’ hands tightly, we ventured outside.  Walking towards Market Street, we saw a lot of strange looking men and women in dirty clothes. This was our introduction to our beloved city.  It did not take us long to discover that there are other people living in this beautiful city as well.  And gradually we blended in with them.  Through the years, I did not have many reasons to go back to the area, which I found out is called the Tenderloin.  But on a few occasions, when I went to see a show at the Golden Gate Theater, which is located on the corner of Taylor and Market Street, we parked our car in the area, and it was like going back to almost forty years ago. The same looking people filled the sidewalk, either drunk or on another substance.  Actually, it seems that the conditions on the 31 city blocks have not changed for over one hundred years.  Online I found the reason why this neighborhood is named after the most tender cut of beef.  There are a number of stories.  One story is, it is named after a neighborhood in New York City where Captain Alexander S. Williams, after working in the area since 1876, acknowledged the bribes he would get from crooks, and ignored their crimes,he would say, “I’ve had nothing but chuck steak for a long time, and now I’m going to get a little of the tenderloin.” 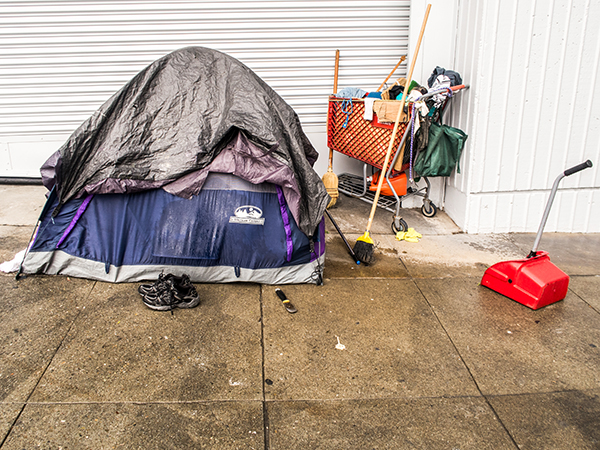 The second article in the same newspaper, “Tenderloin’s strides, struggles”, points out that the area in the past was full of life with theaters and restaurants. However, because of the city and its’ policies, the area was deliberately kept open for drug dealing and drug use on Tenderloin’s sidewalks, to keep those activities away from the other areas of the city.

But things are about to change thanks to a number of new development projects, which will make the area less affordable for its current occupants.  You can find more about the history of San Francisco at the Tenderloin Museum located at 398 Eddy Street. 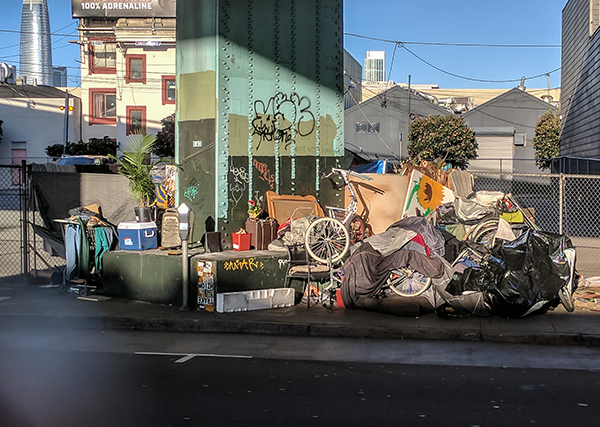 P.S. Recently when I was driving from a meeting downtown, I decided to stop in the Tenderloin to take some photos for this story.  But it was impossible to find a parking space.  As a result, I am sharing four images I took in other parts of our city, where I saw a similar picture of the street people occupying sidewalks.