There Is No Mystery Anymore 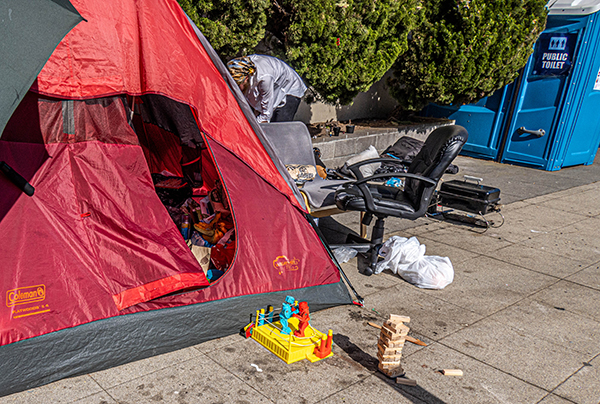 I was recently driving on Balboa Street in the heart of San Francisco’s Richmond District, and when I crossed 24th Avenue, I noticed a large black sofa on the sidewalk next to a homeless person’s tent. When I drove back, something got my attention. On the sidewalk of 24th Avenue, there was an oversized outdoor toilet placed six feet from a hand-washing station. And some distance away, I noticed a young man in white overalls and a facemask sitting on a folded chair in the shade, looking down at his mobile phone. Next to him was a white bucket with cleaning supplies. I decided to park my car, but on the corner there were two signs restricting parking to protect the residence of three young men. Through the years I have photographed many homeless people, but never had an opportunity to talk to them. While I was photographing the owners’ possessions, which for some reason included two handicapped chairs, children’s toys, junk and even some artwork, the tent’s occupier stepped out and started a conversation with me. Adam told me that he is very intelligent, good at math, but he just does not like to live by the rules set up by baby boomers and would like to poke holes in their system of living. He also mentioned that the world we live in was designed by people who had structures in their lives, but his generation does not. “There is no mystery left in our lives”, he said. Then he pointed out to their camp and the attendant and said that the money the City spends on the arrangements could easily pay to put them up in a hotel. Though it seemed like there was plenty of food stored in the tent and there was a small stove, perhaps he was referring to the free alcohol and marijuana, which was distributed to the homeless addicts at lockdown hotels. 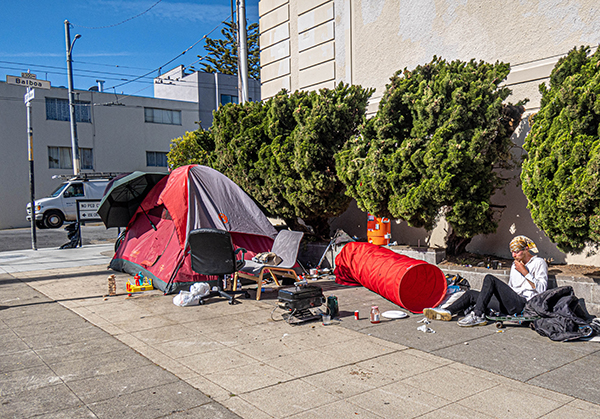 I would probably not bother writing about this subject. I have no clue how to deal with the homeless problems; if I would not find the way our City is dealing with the matter at hand laughable. It reminded me of the jokes I heard many years ago.

While living in Riga, we told jokes all the time (I still do). Among those jokes, there was a series about a fictitious city called Chelm (pronounced Helm), which was occupied by stupid people. Chelm was located high up in the Carpathian Mountains. To get there, cars had to drive on a narrow and twisted road. Many missed the turn and as a result, would roll down the hill. The city managers decided to solve the problem. Someone suggested widening the road, others, to build protective barriers and have lights along the way. Hearing all the arguments, the Mayor said, “Hold on, if all the cars are falling down, we should build a hospital at the bottom of the hill.” 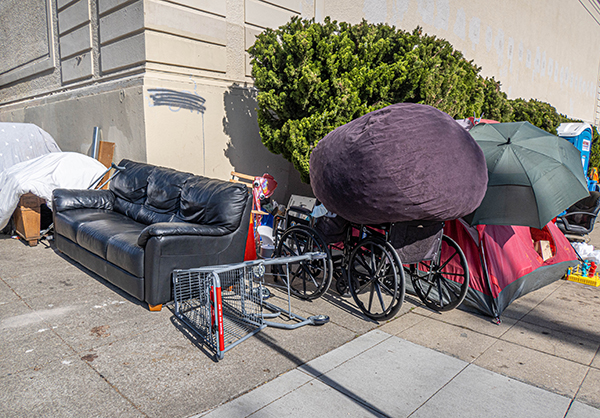 The cost of dealing with homeless in San Francisco is growing every year. In the 2019-2020 budget proposal, the figure hits more than $364 million, which many expect to be higher. It seems that San Francisco’s liberal-minded supervisors, who like to make social experiments on the taxpayers account can learn some math from the Chelmites. 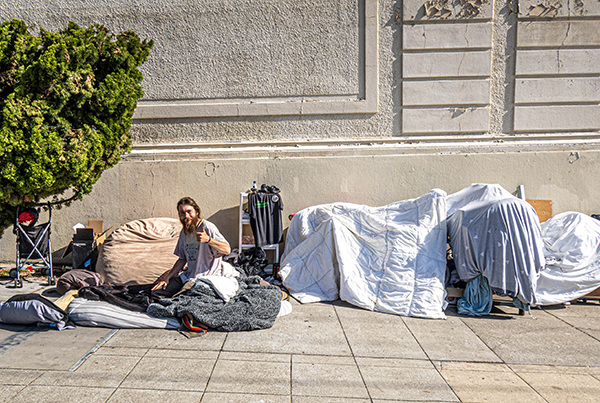 As to support my story, last Sunday, May 24th, Phil Matier wrote an article in the San Francisco Chronicle, “When narcotics cops left, Tenderloin drugs flowed” and Willie Brown echoed him in his Column, where he mentioned “Cleanup Call”. Sometimes I wonder, how did Chelmites manage to get to San Francisco? 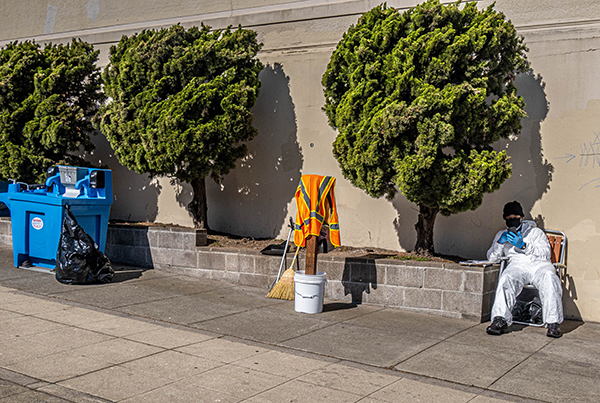 P.S. Since this story is a little bit longer, I decided to share five images with you, which I hope will help you to see what I mean.