If You Leave Them Alone,
They’ll Leave You Alone 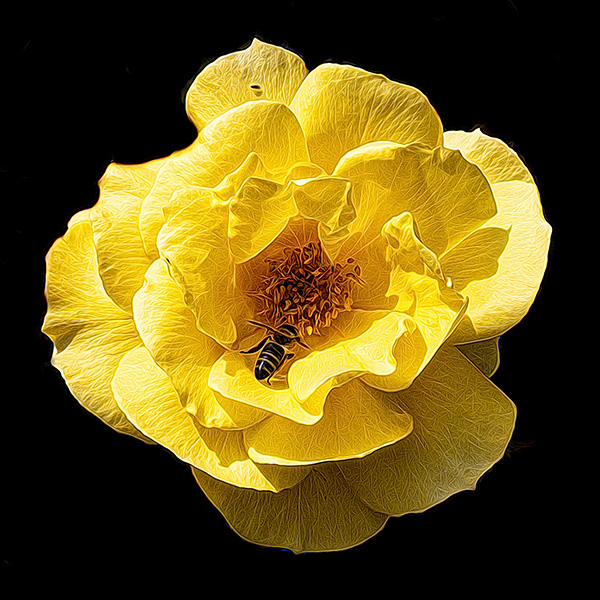 The title of this essay comes from the article titled “Latest buzz on nature in the neighborhood”, written by Carl Nolte in his column “Native Son”, which appeared in San Francisco Chronicle on June 27, 2021. The story is about wild life in San Francisco Bernal Heights. Recently neighbors encountered 2-year old mountain lion cougar, who had wandered to the city from the hills above Los Gatos. After he was captured by city authority neighbors named him “Mr. Handsome”. 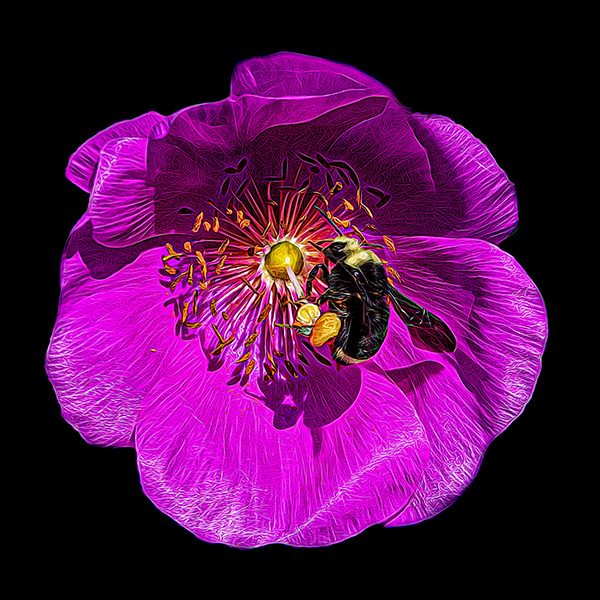 Other visitors like coyotes do not get so much attention, since they have became common. In our neighborhood, Monterey Heights, I encounter and photograph them every year. Other unwelcome guests created more excitement, it was giant swarm of bees. Thousands of them occupied a gingko tree. Turned out that our city has a special bee phone line to remove bees. When specially trained beekeeper arrived, he successfully relocated them to new destination. 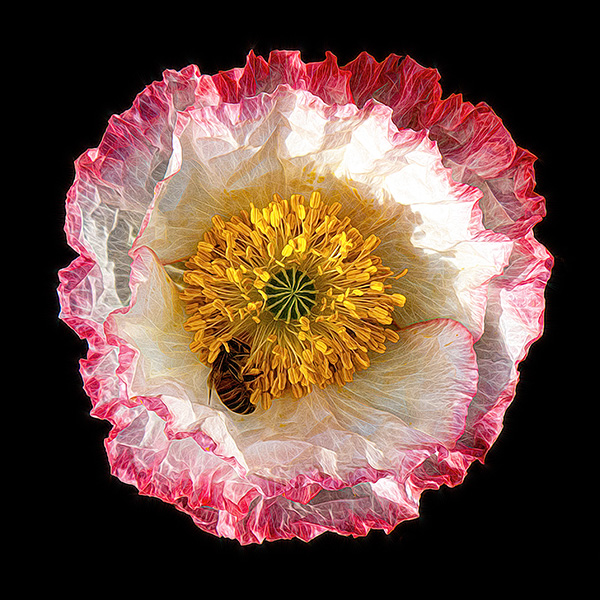 Though bees have coexisted with humans for thousands of years, they are wild creatures and “if you leave them alone, they will leave you alone”, was recommendation of one of the local beekeepers. Bees play an important role in humans’ life and it’s fun to photograph them while they collect their food from the flowers.