A Once In A Lifetime Journey 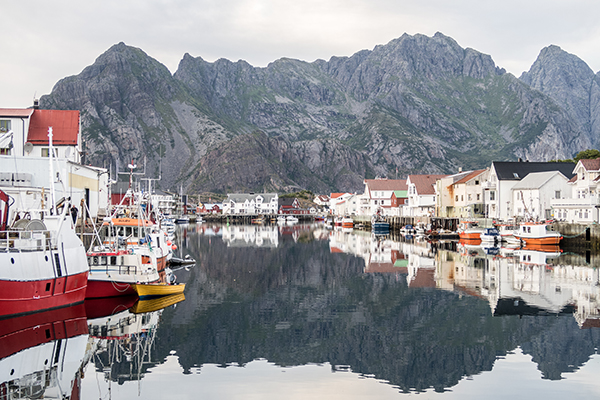 The National Geographic called the Norwegian Fjord cruise “The World’s Most Beautiful Voyage”. We began it in Kirkenes (I wrote about it last week) and ended in Bergen, six days later. Some travelers take the cruise in the opposite direction or both ways. There are a total 34 stops in small places along the way. Originally, this route was a local mail and passenger route in smaller and less comfortable ships. But even now some people just move from one place to the next. I met a young Russian couple with a child from Murmansk on the ship, who came on board with their own car and were planning to get off somewhere and slowly drive back while staying overnight in small fisherman villages. Our ship had 531 passengers being served by 80 crew members. Both travelers and service people were from all over Europe. We heard different languages spoken, but the main communication was in English. The majority of the passengers were young at heart, and some were young in age – who came on the trip together with their small children. 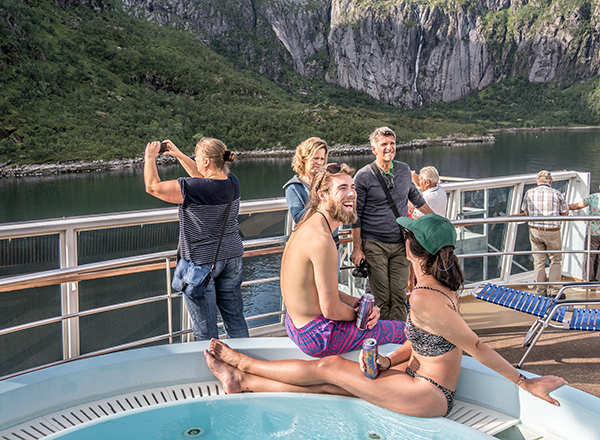 The journey was in the Norwegian Sea, which is part of the Arctic Ocean. We signed up for three excursions, which were quite costly. One of the excursions we decided not to go on was to visit the “Sea Eagle Safari”, which was $200.00 per person. On some of the stops we just ventured out on our own, like a place called Hammerfest, a town established in 1789 and is known as northernmost town in the world. 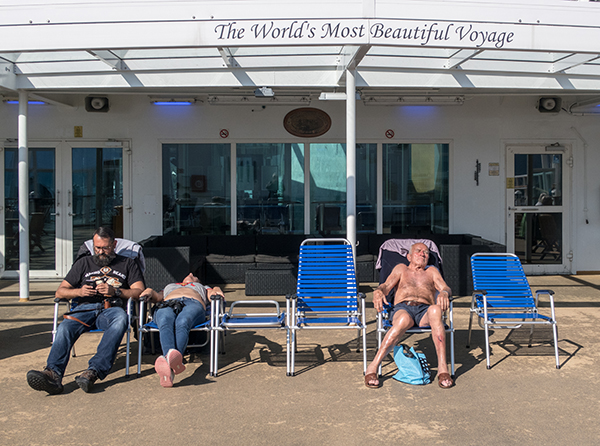 The area we passed on the way used to be mostly known for its fishing production, but today the area is more known for tourism, with the homes of fisherman now functioning as B&Bs. One of the islands with the population of only 1,500 people has 5 theaters. The area is so picturesque that we talked about coming back and staying overnight in one of those places and exploring islands by car on our own. The whole experience of being on the ship was very pleasurable. Every day we were surrounded on both sides with the ever-changing Fjords, with a few homes here and there painted in red and white along the shores. It felt as the ship was just gliding past them. Our small cabin was very comfortable and the food on the ship’s restaurant was superb. We rested, read, photographed and while writing my stories, I thought about how much you might enjoy this journey, as well. Feel free to call me for advice. 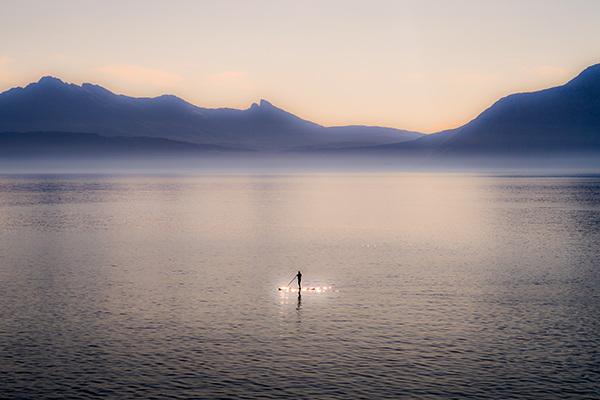 P.S. As it is typical in a situation like this, I had difficulty choosing four images out of close to three thousand images that I photographed along the way.